Following the previous, organised working group on Saturday 10th August, when 16 volunteers (including 3 KHIST board members and a KHFC Director) made such a difference to the cleanliness and general tidiness of the Main Stand, we’re now proposing to do a similar job on the East Stand.

As previously announced, KHIST, and in particular our board member Warwick Nash, are organising a 2nd Fans’ Working Group and, after extensive negotiations with the football club, we’ve settled on Saturday, 30th November (the date of the Southport match). A start time of 9.00am (prompt) has been agreed. We will then have plenty of time to make a difference before the proposed finish at 1.00pm, when we will still have a couple of hours for pre-match social activities in ‘the Arms’ or the Social Club before the 3.00pm kick off.

We believe that most of the equipment and materials, kindly provided by John Davies and Hire It (KHIST main sponsor) are still available for us to use, but we’ll do a check and replace anything that’s missing.

The guys who attended the 1st working group had a good time, whilst doing something practical to assist the club and enjoying the company of other supporters. It was a great success, so we’re hoping that they, and several others, will volunteer to join this KHIST initiative and then turn out in force to support the reds. 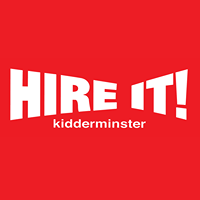 We use cookies. If you’re using our site we’ll assume you’re happy with this. Find out more.